We spoke to first year Music Performance student, Ross Howarth, about his experiences so far – including a recent tour supporting Glasvegas.

Tell us about your experience of touring with Glasvegas

Supporting Glasvegas on their ‘Prize Machine’ tour was a fantastic experience and I am super grateful to have been given the opportunity to do this with my new band Plasticine. We opened for 5 of their shows, so I was away for a week in total, which absolutely flew in as you could imagine. All of the shows were in England, as far south as Bristol and back up to Newcastle. This was personally my first experience of touring and it was actually a lot harder work than I initially imagined it would be, this to me isn’t a bad thing as such, but the constant loading and unloading of gear and the strict changeover times for when we finished our set really meant we had to be on our A game constantly. We done all the travelling ourselves as a band and split all of our gear between the 2 cars that we had. It was all very exciting for me as this is the first time I’ve properly gigged since before the pandemic so it was a real thrill to be back in that environment doing my thing with other incredible musicians. Thanks for having us Glasvegas it was a real pleasure.

Tell us about your own musical background/influences, and how has this led to where you are now?

My musical background to me seems somewhat generic but I grew up on a steady diet of eclectic music. My family love music, so I guess it was only natural for me to take an interest in it. My Mum and my Auntie had the biggest influence over me when I was younger and definitely opened the gates to some great music for me. It was always the drums that really caught my attention when listening to anything, for as long as I’ve been listening to music. I never had the chance to take lessons until I started high school and from there on I’d spend the majority of my lunch breaks in the music department practicing the drums. I felt motivation that I had never felt before and my abilities progressed pretty quickly. During my time at high school, I was part of the Edinburgh schools rock ensemble, which is a collective of the best musicians from Edinburgh’s schools. This was my first experience in playing as part of a band. It was run by music teachers and we were given songs to learn and perform at gigs, it was a really great set up and I thoroughly enjoyed my time there. Upon leaving school, I formed a band with a few mates, this was my first independent experience of writing our own material, properly recording an EP and releasing on Spotify. We were together for a couple of years then things just seemed to fizzle out with other commitments creeping up. My main influences as a player are Dominic Howard from Muse, Ronnie Vannucci jr from The Killers, Ben Thatcher from royal blood, Taylor Hawkins/Dave Grohl from the Foo Fighters, Jon Theodore from Queens Of The Stone Age and Brad Wilk from Rage Against The Machine.

How has the HND Music Performance course helped you? Which skills, knowledge/classes have been the most useful for you?

The HND Music Performance course has helped give my musical motivation a new lease of life, this is a great course with top of the game lecturers who really do care about their student’s progression and go the extra mile to ensure a top-class learning experience that you could not get elsewhere. This course has helped me meet and play with some great musicians. Historically, and as a drummer, I have never been massively interested in the theoretical side of music, it was always the practical side where I performed best, until I came to riverside that is. Arriving with almost no knowledge as to theory, Kevin Kerr opened my brain to new ways of thinking that I had never been shown previously at school and helped me to understand a lot more than I thought myself capable of. As a performing musician this course is second to none! You are taught and mentored by some of the best in the Biz, teachers with vast experience and a genuine passion for music that they want to pass onto their students, all round good vibes.

Why did you want to study at Riverside Music College?

I made the decision to study at riverside as I wanted a change in my life. I was getting bored of the same old routine I had gotten myself into and I knew this was the perfect way to get myself out of that. I came to riverside seeking opportunities as I feel the music scene in Glasgow is better than that of where I’m from. I wanted to meet like-minded musicians and surround myself in music once again. I knew that Riverside had an excellent reputation so it was a no brainer for me to apply. I came to do something i am passionate about and see where the journey takes me. 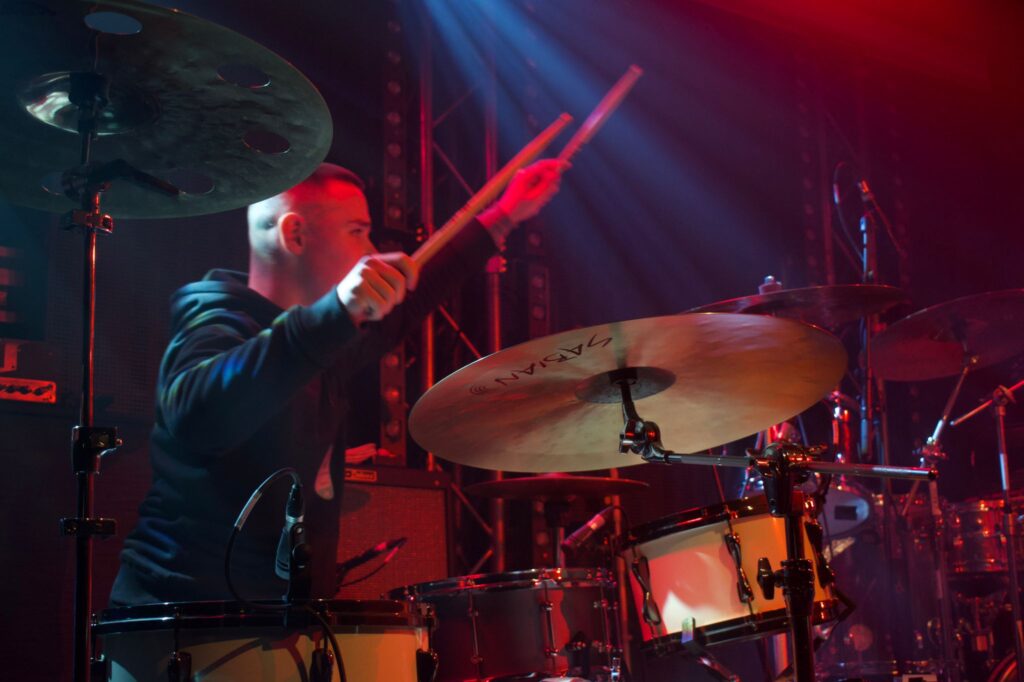 What are your future plans?

Naturally I never really look too far ahead into the future, but since you ask, I plan to have as much fun with music as I can and play as many gigs as I can. Given recent world events that have stopped us from being able to do this, you never know what is round the corner so I can’t take these things for granted anymore. I plan to give my full commitment to my band and I’m excited to see how that venture progresses and evolves. The main thing for me is to just enjoy what I’m doing and make the most of this opportunity at riverside.

Find out more and support…