As part of his Graded Unit, graduating HND Music Performance student Andrew Bates, composed, recorded and released 2 tracks that gained plenty of exposure, one of the tracks was featured as track of the day on Amazing Radio.

We sat down with Andrew to find out more.

So tell us about the tracks and release – how did these feature as part of your Graded Unit?

Well to be honest, I had the ideas and bare bones of each track sitting about for a while. I had been self producing music through DAWs for years, before I actually started studying music, but never had the knowledge or resources to ever release tracks commercially. Using them for the Graded Unit was a great push to actually complete the tracks and gave me a deadline to work towards to really focus on finishing the tracks, polishing them off and releasing them.

One of the tracks had been in the works and nearly finished but not quite there for about a year, so having a deadline and plan to have it ready by a certain date helped get closure on actually finishing it. It’s one of the things when you’re creating a track completely by yourself, knowing when to be able to step back and say “that’s enough, it’s finished” and not keep adding to it or try to make it better.

“I think that studying DAW (Digital Audio Workstations) and RecTech (Recording Techniques for Musicians) on the course has really helped with that side of things for me from a production point of view. You’re getting feedback through loads of different projects in classes, but you can put everything you’ve learned into practice with your own material.”

Is this the first time you’ve ever been involved in music being released? How did the tracks come together?

Pretty much! As part of the Graded Unit I’d aimed to put out 3 tracks, one initial release was on Soundcloud as a short track, but the other 2; ‘Dream’ and ‘Breathe In’ both got official releases through Spotify, Apple Music etc. I’d planned the tracks to go out in line with my GU timeline, so ‘Dream’ was released in March, then ‘Breathe In’ followed in April.

I’ve always worked with Logic software, but it pretty much works the same way as ProTools and Ableton, just a preference, all the drums in the tracks are from a sample library called Splice, so it’s real recordings of drums that you can loop and customise rather than a really digital sounding drum loop. I recorded all the pianos and synths myself through MIDI into some of Logics plugins, there’s some great sounds in there, and for anyone I asked to play guitar, it was a direct plug in through an interface. I recorded the vocals myself, but I’ve never been the most confident at lead vocals, so it’s heavily processed with loads of effects, but most notably something called a Formant Shifter, which is a really cool effect that makes my voice sound deeper without changing the pitch. On top of the main vocals there are loads of harmonies and stuff to add more to it, in fact, on one of the tracks I’ve got 60 harmonies throughout it!

We’ve been told by your lecturers that your Graded Unit was of exceptional quality, which played a part in you being named Student of the Year for your year group, what was it that made you focus on these tracks and a release?

I’d been producing through DAWs at home for years, but the actual DAW unit as part of HN really helped me build more confidence in myself, and there’s always things you’ve not necessarily learned correctly, or a more useful way of recording something, or adding a plug in to a track. Just using the software on a weekly basis in college really helps! Hands on experience and practice with DAWS is vital if you’re looking to create music in a DAW. I really wanted to get something out that I’d created, and felt that it was beneficial for me and for the Graded Unit topic to get my own work out there, it was probably also really good timing that GU happened when it did, like I said, it helped give me that push to go for it and release material.

You’ve obviously covered a lot of varying elements as part of your HND in Music Performance, what other elements do you feel have been particularly beneficial for for preparing for your future career?

Well, before starting the course I’d never played a gig before, I wasn’t ever in bands or anything. I’d really just focused on songwriting and creating a lot of the music digitally (pianos/synths etc) or using loops, so working as a band and with other musicians collaboratively was a massive confidence builder, and so was playing the showcase gigs throughout the past 2 years.

A massively important unit was WCI (Working in the Creative Industries). It gave me a knowledge of how to properly release tracks and be able to make money from them, especially with things like PRS and Royalties. I had no idea how much was involved in releasing a track. As well as the how to release,

“the lecturers have been extremely helpful and encouraging, giving us tips and help, plus an avenue for networking with people in the industry and contacts to send tracks to and actually get them played.”

It was during CII (Creative Industries Infrastructure) classes that I spoke to Douglas MacIntyre (Assistant Principle) about the first track, ‘Dream’. He told me I should definitely release it and gave me some contacts to send it in to.
This resulted in it being playlisted as Track of the Day on Amazing Radio a few months ago on Jim Gellately’s show, and he’s ended up playing both of the tracks semi regularly – which is amazing!

As i’d also mentioned about playing and working with other musicians as part of the course, we were encouraged to collaborate with and utilise other musicians on our own projects.so a few of my fellow classmates and students in other year groups have featured in the tracks, playing things I can’t like guitars, so there’s a more real feel to them rather than digital and programmed.

In general the lecturers, staff and other students are so enthusiastic and encouraging, especially the likes of Jamie Cameron (Snr. Lecturer – Music Performance) and Douglas – providing us with a list of industry contacts that they’ve worked with to send music to, radio DJs and other people in the industry to get in touch with to network, they’re always extremely eager to help all of the students.

What’s next for you and where can we listen to your music?

Well ‘Breathe In’ actually got recently playlisted on Spotify’s “discover Weekly” playlist among some other playlists – which is really cool!

You can find my tracks on all the usual streaming platforms – Spotify, Apple Music, Bandcamp etc, also have a listen out for it being played on Amazing Radio! You can find more info through Facebook, Instagram etc under andrewbates.
I’ve got a new track due to be released in July 2019 – it’s called
‘Sanctify’ and I’m really looking forward to getting it out! >>>>>OUT NOW<<<<<

I’ve got a few other songs in the works too, and have been speaking to a couple of the guys in my year and some students in the year below about recording parts for me and working together on other stuff. I’m looking at fairly regular releases as singles over the next year or so, then probably look at an EP towards the end of next year or a bigger project after that! 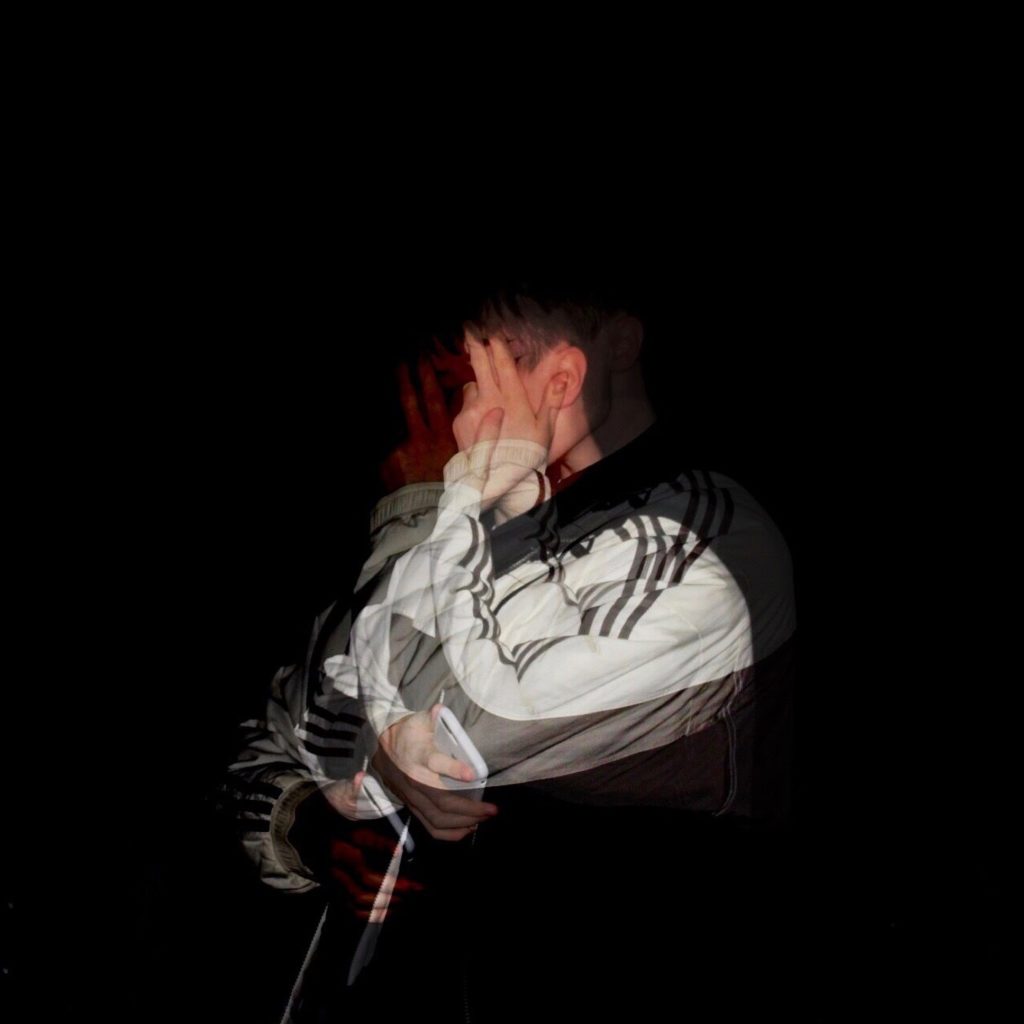