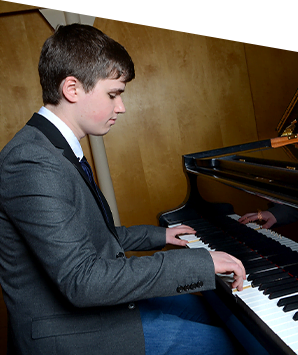 Ally Forsyth is a traditional musician based in Glasgow. Having graduated with a BA (Hons) in Scottish Music from the Royal Conservatoire of Scotland, he is now working with some of the most talented and in-demand musicians in the country.

Brought up in Westhill, near Aberdeen, Ally played piano from a young age. He learned traditional music through Sharon Hassan and The Gordon Gaitherin and played for two years with the Fèis Spè Cairngorms Ceilidh Trail.

For his final year of high school Ally attended the National Centre of Excellence in Traditional Music in Plockton, taught by Andy Thorburn (piano) and Jack Evans (guitar). It was here that he became part of the BBC Radio 2 Folk Award nominated band, Thalla.

Since moving to Glasgow, Ally has studied under the tuition of Mary McCarthy and James Ross, playing at some of the UK’s most prestigious venues including the Royal Albert Hall and the Steinway Hall, London. Ally is a regular piano tutor at Riverside Music College and has taught both piano and guitar t Gaitherin and Fèisean across the country. Ally has appeared on television and radio across BBC Alba, BBC Radio 2 and Classic FM.

In 2019, Ally was brought on board by Riverside Music College to curate and launch the HND Traditional Music course, lecturing in group work and piano. During the summer, Ally is involved in coordinating the Fèis Fhoirt Ceilidh Trail.

Priding himself on his versatility, Calum has vast experience playing a multitude of genres covering styles such as Metal to Country and everything in between.

He currently plays Guitar in Glasgow based band Dead Coyotes and is regularly gigging, recording and playing for live radio sessions. As well as being an accomplished musician, Calum is also a qualified Sound Engineer coming through our ‘HND Sound Production’ here at Riverside Music College. 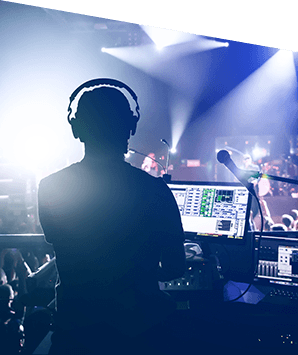 With a long and varied career in the Industry , primarily in the areas of electronic music and sound design, Calum has brought this experience to Further Education with a number of colleges in the sector, but is now exclusively with Riverside Music College. Certificated in both Pro Tools and Logic Pro, his knowledge of audio production, synthesis and music technologies brings both a wealth of practical and theoretical knowledge to the HND Sound Production courses. 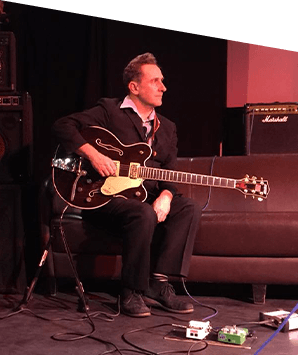 Douglas MacIntyre has worked in the education sector since 2001, lecturing in creative industries and music related areas at Stow College, Kelvin College, and University of the West of Scotland. He has worked at Riverside Music College since 2015 and is currently Assistant Head of Centre. 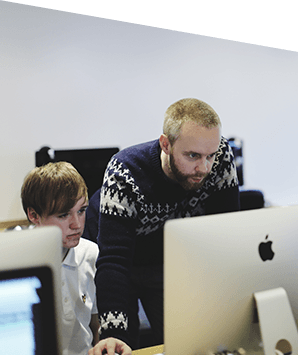 Grant has Worked in the college sector since 2006 and is currently Senior Lecturer in Sound Production at Riverside Music College.

He is a specialist in DAW software, its implementation and Digital Audio applications. Grant is a certified Pro Tools Operator with an in depth knowledge of Ableton Live Software. His key skill sets in sound design and Audio for Multimedia applications.

He is also responsible for the design and delivery of the HN Sound Production Courses at Riverside. 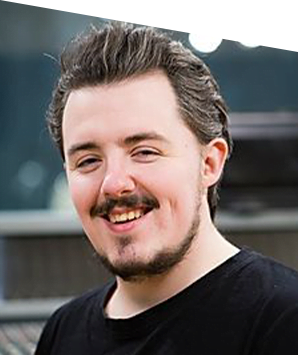 Kevin’s musical career spans across different genres having played in numerous Rock, Metal, Samba and Jazz bands, as well as performing in Orchestras.

At age 17 Kevin had already achieved both Guitar and Drums at Grade 8 level. He then later studied at Riverside Music College in Guitar and Composition, while taking a year in between to professionally study Sound Engineering before completing his Diploma.

He has been formally teaching guitar for over 10 years and has a wealth of different teaching methods to suit individual needs. Kevin prides himself on being able to make even the trickiest endeavours easy to understand and learn. After all, everyone learns in different ways. He also lectures Live Performance Skills and Music Theory on the HND Music Performance courses.

Aside from teaching, Kevin also composes music for media such as TV, Films and Games and has wrote, arranged, organised and produced music projects on a global scale for ensembles with 80+ musicians involved and has worked with world-wide renowned artists such as Donna Burke.

His work can be heard throughout numerous films, games and other projects and has also amassed over 2 million streams of his music alone. 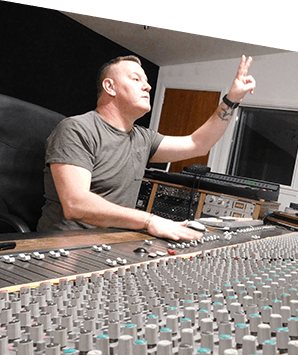 From the very beginning music has always been a part of Shaun’s life whether playing or producing it.

Starting in live performance at a very young age with his first “commercial” performance at age 12, he learned and practised multiple instruments through out, as well as performing as a DJ/MC in Cape Town and later in Johannesburg.

Joined the SA Navy 1993 where he served as a drummer/percussionist in the Senior staff band.

Notable gigs performed after his Navy service include being hired as a drummer for productions “50 Something”, “60 Something”, “Solid Gold” tribute theatre shows as well as support band for Uriah Heap and Deep Purple(1995).

During this time he started scouting for and nurturing up and coming talent, and ultimately supporting the artists in terms of studio productions and live gig/ touring support (N.I.P) producing over 45 projects/albums over a 6 year period.

He was then hired by Svenmusic & African Space as technical venue manager overseeing all technical matters relating to gear/equipment involved including logistics and operation at the week long KKNK music festival in Oudtshoorn, R.S.A.

In June 2009 he was hired as a musician (bass-guitarist) and pre-production for big productions(shows) Rock the Beat & Rock 2 the Beat, Hip to be Hot and The Reel Thing based in 2 casinos in Johannesburg. 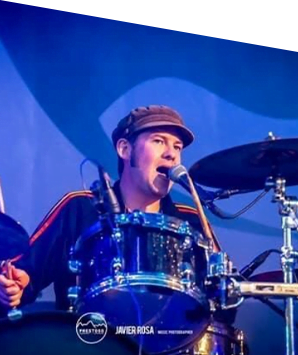 He has over 20 years experience of live performance and as a session musician, playing and recording with groups like The Wellgreen, BMX Bandits, St Deluxe and Snowgoose among others.  He has also co-written and produced albums by The Wellgreen, Dr Cosmo’s Tape Lab and BMX Bandits, as well as written and released a number of his own albums.  He lectures at  UWS and runs various community music songwriting groups around the Glasgow and Stirling areas.