We provide one to one violin and fiddle lessons for all ages. Whether you are a complete beginner or at a more advanced level, we provide tuition tailored towards learning at your own pace. From classical and contemporary to traditional Scottish music, we can provide you with the skills and expertise required to improve your playing, in a relaxed teaching environment. 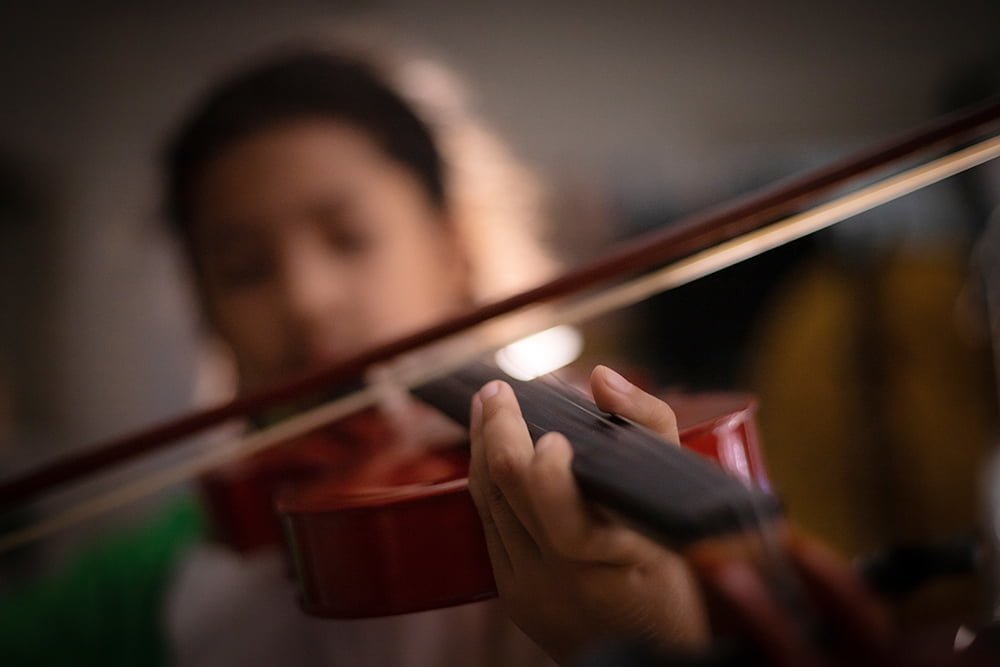 Our Fiddle Tutor Kirsten Forsyth has been playing the fiddle since the age of seven. She grew up in Westhill, Aberdeenshire, and has had tuition in both traditional fiddle and classical violin. She has performed with the Aberdeen Strathspey and Reel Society, the North East Folk Collective, and the Cairngorms Ceilidh Trail.

Kirsten was a student at the National Centre of Excellence in Traditional Music based in Plockton for two years, with fiddle tuition from Iain Macfarlane. She has studied Swedish Folk Music at Bollnäs Folkhögskola in Sweden, and she is currently part of organising a weekly Scandinavian music session in Glasgow. Kirsten has gained a wide repertoire of traditional music from different areas across Scotland, Ireland and Sweden.