Learn to play Piano at our purpose built music college in Glasgow. 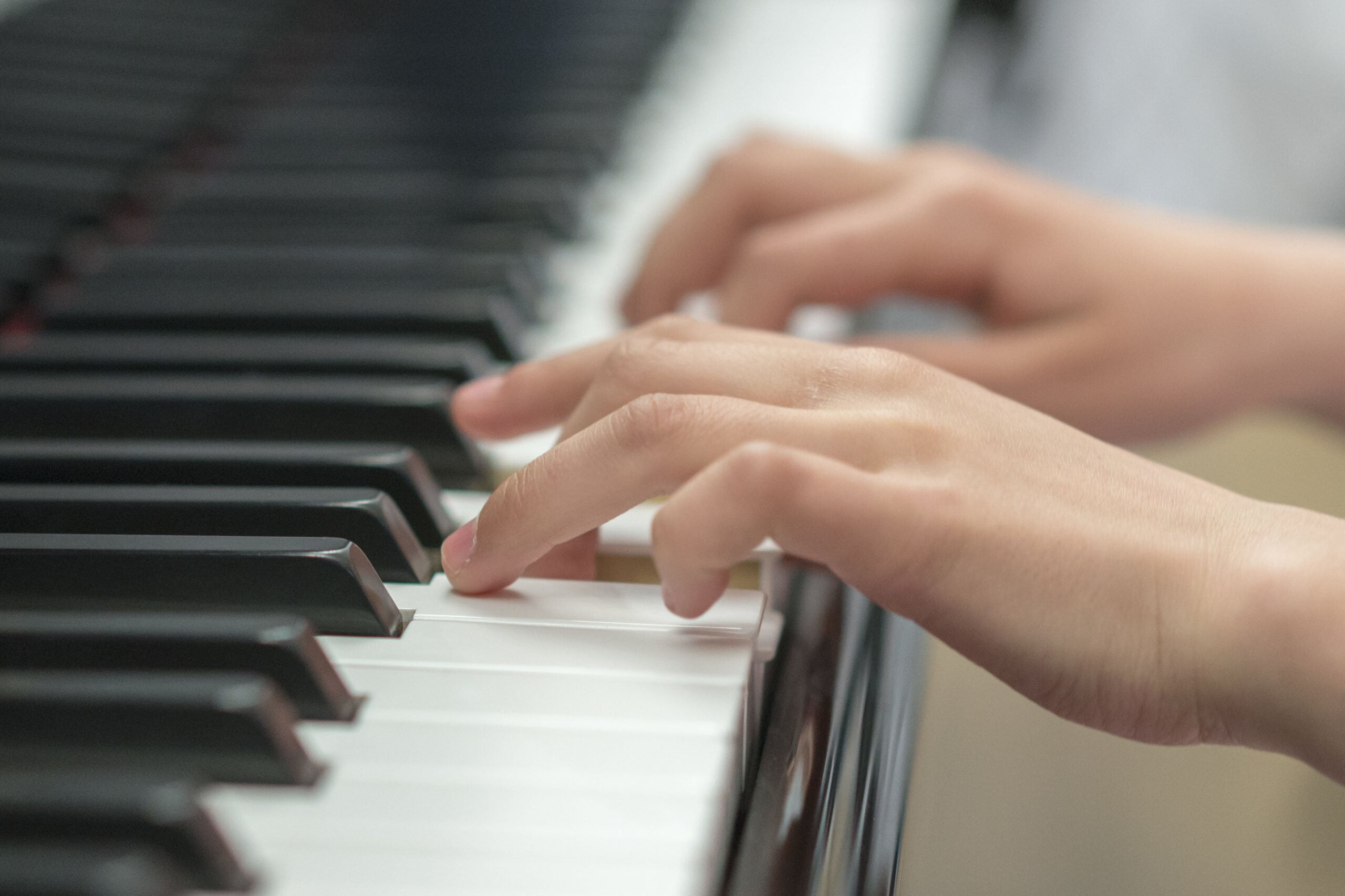 We provide one to one Piano tuition for all ages and experience levels. Everyone learns in their own unique way, so our one to one tuition is designed to help you progress at your own pace. From classical piano to contemporary music, our experienced tutors can help you to work towards grade exams or learn your favourite songs and tunes.

Our piano tutor Ally Forsyth is a vastly experienced multi-instrumentalist, who studied at the Royal Conservatoire of Scotland. He works regularly with some of the country’s most in-demand musicians.

Ally attended the National Centre of Excellence in Traditional Music in Plockton where he learned from Andy Thorburn (piano) and Jack Evans (guitar). It was here that he became part of the BBC Radio 2 Folk Award nominated band, Thalla.

Since moving to Glasgow, Ally has studied under Mary McCarthy and James Ross. He has also performed at some of the UK’s most prestigious venues including the Royal Albert Hall and the Steinway Hall, London.

Ally is a musician based in Glasgow. Having graduated with a BA (Hons) in Scottish Music from the Royal Conservatoire of Scotland, he is now working with some of the most talented and in-demand musicians in the country.

Brought up in Westhill, near Aberdeen, Ally played piano from a young age. For his final year of high school Ally attended the National Centre of Excellence in Traditional Music in Plockton, taught by Andy Thorburn (piano) and Jack Evans (guitar).

It was here that he became part of the BBC Radio 2 Folk Award nominated band, Thalla.

Since moving to Glasgow, Ally has played at some of the UK’s most prestigious venues including the Royal Albert Hall and the Steinway Hall, London.

Ally is a regular piano tutor at Riverside Music College and has taught both piano and guitar at Gaitherin and Fèisean across the country.

Mairi studied piano from the age of seven at Mansfield School of Music in Musselburgh under her father’s instruction.

It was here she passed several Associate Board of the Royal Schools of Music examinations including Grade 8 piano and Grade 8 singing.

She decided to focus on classical singing and studied Music at the University of Glasgow, graduating with a BMus Hons in June 2017.

During her time at University of Glasgow Mairi spent a semester studying at the State University of New York where she performed as a soloist with the Chamber Singers, Choral Society, course recitals and the N.A.T.S Art Song Festival.

Mairi started teaching piano at age 16 at her father’s music school, where she eventually taught piano, singing, violin and theory of music over a period of 5 years before beginning her music degree.

She occasionally still finds herself still taking group/solo lessons at Mansfield on days when she only intends to pop down for a visit!

Hannah is a Glasgow-based multi-instrumentalist who graduated from the Royal Conservatoire in 2016.

She is a trained classical musician, achieving a distinction in her flute ABRSM grade 8 at the age of 16.

Hannah began her studies on flute and piccolo with Sheena Gordon and Voice with Marilyn Smith after accepting her place on the Bachelors of Education course at the Royal Conservatoire of Scotland.

She has taken part in concerts, competitions and master-classes as both a soloist and as part of a group.

She has regularly been teaching Vocals and Piano at Riverside for around 2 years – among her various other music projects and tuition.

Niall has been working in music for the past seven years across a variety of music making and teaching.

Studying piano in Aberdeen from a young age, he quickly fell in love with classical, jazz and popular music.

Alongside this he discovered percussion and drums.

Having been fully involved in the youth ensembles Aberdeen Music Centre had to offer, he also got to work with vocalists and instrumentalists providing accompaniment for exams and concerts.