Riverside offers expert one to one tuition in Bass Guitar. From funk to blues, we can teach you any style at a pace you are comfortable with. 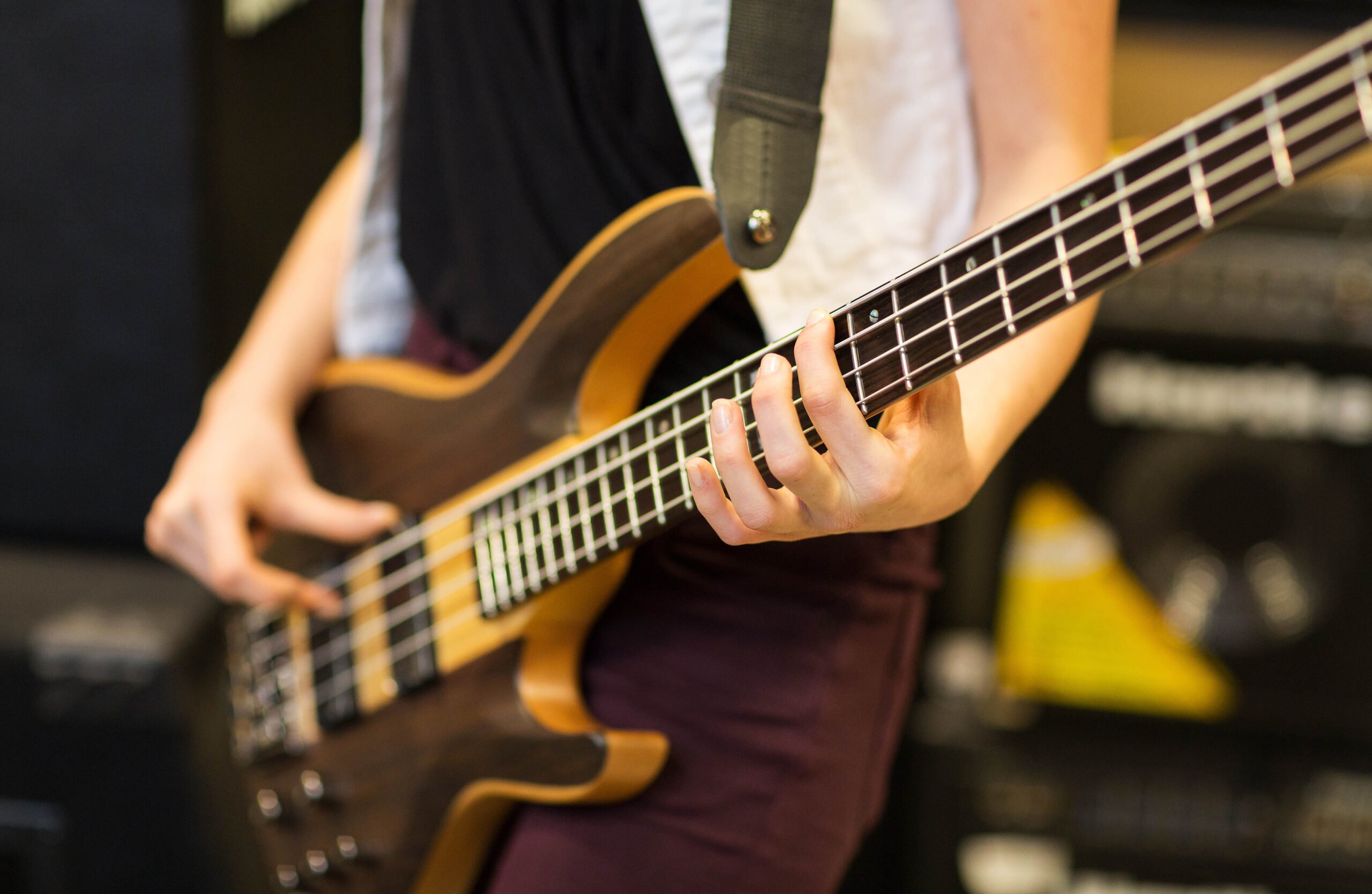 Lessons take place in purpose built rooms within our comfortable learning environment in Busby, which is served by excellent transport links to East Kilbride to the South and Glasgow to the North.

Whether you are looking to play funk, rock or other styles on the bass guitar, we provide one to one lessons tailored to suit you. Our experienced tutors can teach you at your own pace.

Calum has been part of the Riverside Private Tuition team teaching Guitar and Bass for over 6 years now and also Teaches First Instrument Study on our HND Music Performance Course.

He is a multi-Instrumentalist with years of experience under his belt, having picked up his love for learning to play music at the tender age of just 10, Calum is a well versed and accomplished Musician amassing 15 years of playing experience both in a live and studio environment. Priding himself on his versatility, Calum has vast experience playing a multitude of genres covering styles such as Metal to Country and everything in between.

He currently plays Guitar in Glasgow based band Dead Coyotes and is regularly gigging, recording and playing for live radio sessions. As well as being an accomplished musician, Calum is also a qualified Sound Engineer coming through our HND Sound Production here at Riverside Music College.

Sam has been teaching guitar and bass at Riverside since March 2017. He has attained both, HND Sound Production and HND Music Performance from the college itself.

After spending 5-10 years in a variety of bands from Metal/Hard Rock to Pop and various Ambient projects, Sam decided to focus on engineering and recording musicians, trying to get the best performance possible. Taking this focus on performance and musical ability, Sam can work with students to reach their goals, whether it be understanding Music Theory, attaining Trinity Grade Exams or growth of playing style, creativity and technicality. As well as his one-to-one lessons, Sam also Engineers and mixes various Artists, Bands and Projects in our Studio.